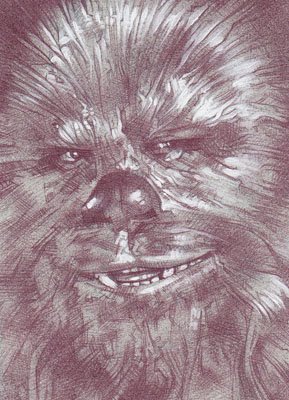 I read somewhere that Chewy was originally inspired by George Lucas's dog, named Indiana (also the later inspiration for the name Indiana Jones) I guess he was a big shaggy thing that rode around everywhere with George in his old beater Chevy. Kind of like Han solo and Chewy in thier old beater, the Millennium Falcon.